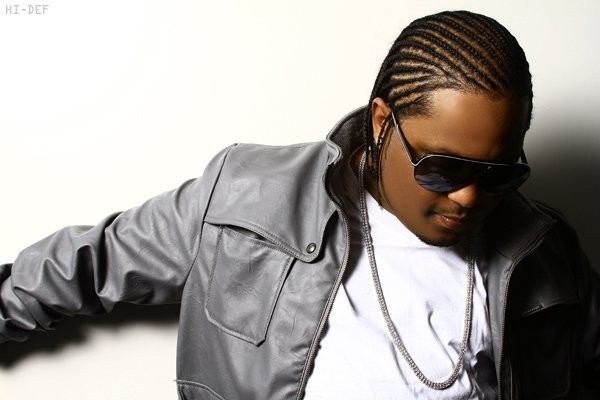 Johnny P, is one of Chicagos very own most talented performers. His music draws influence from R&B and Hip-Hop/Rap. He was instrumental to the successful careers of many artists coming out of the Chi-Town and who have made great accomplishments in the music industry such as Twista and Do or Die. He has multi-platinum records collaborating with the late TuPac, Twista, Do or Die and ScarFace. His original sound and graceful demeanor are heard and seen in night clubs and auditoriums throughout the United States. Born and raised in Chicago, Illinois, the youngest of six children, Johnny P. started singing at the tender age of four. Inspired by other legendary artist such as Sam Cook, Marvin Gay, Donny Hathaway and Michael Jackson, he and his sister formed their own singing group, Unlimited Talent, and performed in cities throughout the Midwest. Blowing the minds of everyone while performing and receiving only standing ovations after every performance, his brother Henry recognized the amazing gift that the young star possessed and jumped at the opportunity to manage his younger brothers singing career. He soon went on to perform solo as Little Johnny. He entered in 113 talent show cases in cities throughout the Midwest and won every one of them. Artist Johnny P., has accomplished great success in the music industry starting at a very early age. He was signed to his first record deal with an independent label and released his first single titled Girl Friend which was a huge success. His unique soulful sound captivated A&R reps at major record labels, but Colombia Records won the bidding war signing him to a multi-million dollar album deal and he soon released his first album titled Connect the Dots. This achievement was recognized throughout Chicago and landed him to walk side by side with Chicagos late Mayor Harold Washington in the Bud Billikins Parade. His accomplishment was also recognized by the office of Mayor Richard Daley and was sent a personal invitation by the Mayor to visit his office. The meet and greet was televised throughout Chicago and surrounding cities. This hit record making artist toured with some of the hottest recording stars and groups such as Whitney Houston, The Jacksons, Michael Bolten, Regina Bell, MC Hammer, Jeffery Osborn, and New Kids on the Block and thats just to name a few. He later signed with another major record label Rap A Lot/Virgin Records and released another hit album titled The Next. He has made special appearances on HBOs MTV, BETs Comic View and 106 & Park Video show with Twister and the trio Hip/Hop Rap group Do or Die. He recently gave a show stopping performance at the 4th Annual Truth Magazine Hip/Hop Awards Ceremony. His performance was so riveting the Publisher/CEO of the Magazine, Mr. Carl West, requested Johnny P. to do an encore performance. Because of his unique sound, which can not be mistaken from anyone else, professionalism and his love for the business – he is continuously sought after by artist to collaborate with them to make hit records. He has independently released another hit record Sing II U, from his new album that will be release in early 2006. This R&B Artist Johnny P., contributes his success first and foremost to GOD, the love and support of his family, his family at the radio stations throughout Chicago and most importantly to his loyal fans. The only direction for this unstoppable Superstar to go is UP!

Who you looking for?